In some cases, huge numbers of black and brown prisoners are segregated into special units (from an LA Sentinel Article March 2014)

In the United States, mass incarceration among African Americans is a social issue that is often disregarded. Like other issues, our population often overlooks this particular issue since it does not directly impact the majority of the population. The negative racial perspectives on criminals associated with African Americans is a contributing factor to society’s collective blindness on this problem. This cycle of placing a disproportionate number of young African Americans behind bars based on Racism and Racial discrimination is definitely problematic.

The enormous imprisonment of African Americans has three key impacts that include:

1) Economic Cost. Mass incarceration as a whole is expensive, and in many cases of innocent individuals and non- violent offenders, is unnecessary. Individuals within prison are given meals, healthcare, and are excluded from earning revenue or paying taxes. The overall price tag on American incarceration is nearly 80 billion dollars. The amount we spend on incarceration has nearly tripled since 1980. Incarcerating millions of African Americans is negatively effecting society from a economic perspective.

Mass incarceration of African Americans is truly everybody’s problem, and should not be overlooked. This issue of mass incarceration is problematic from a social and economic perspective. When these individuals are released back into our communities without proper skills to make it, it often results in them continuing the crime cycle, further harming our communities. Bryan Stevenson does a great job explaining the overall issue alongside statistics. This dynamic “Ted Talk” video explains a lot more of the current issue of mass incarceration. https://www.youtube.com/watch?v=c2tOp7OxyQ8

Look for part 2 of this blog series in 3-4 weeks, where I will propose some solutions to this issue.

And if you want to learn more about the social issue of mass incarceration among African Americans and receive a more in depth paper on this issue, you can reach out to me at [email protected] 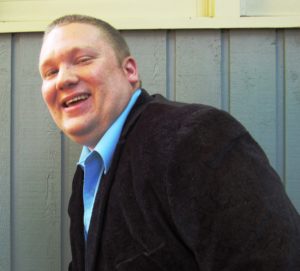