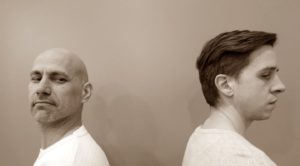 In November, I published an introductory blog (link) about North Carolina’s The Justice Theater Project, a social justice theater company whose mission is to produce compelling theater experiences that create community dialogue and give voice to social concerns.

As a diversity consultant who often address these same issues, I am a big proponent of transporting people out of their daily lives through the performing arts to give them a fresh prospective on societal issues. (see additional blogs at the bottom of this one.) What is particularly unique about The Justice Theater Project is that in addition to offering various plays, they pair that with pre-show discussions, highlighting community organizations, educational opportunities and outreach.

The Justice Theater Project’s 2017 – 2018 season is titled “Equity and Identity” and is addressing issues such as racism, homophobia and classism. The season’s first play last fall, “A Soldier’s Play” dealt with various issues around racism through this murder mystery set in a 1944 desegregated army base in Louisiana. And now the upcoming play is “Bent”; this path-breaking drama is a lesson in history, a cautionary tale, and a tragic love story about the Third Reich’s persecution of homosexuals. Homosexuals in Nazi Germany were ranked at the very bottom of the human scale, and the pink triangle, a sewn-in badge of shame, was introduced into the Nazi concentration camps. 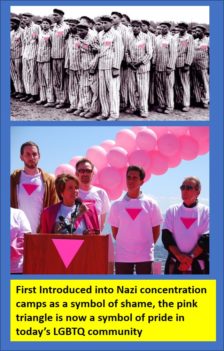 Indeed looking back at recent history through plays such as “A Soldier’s Play” and “Bent” delivers insight into the harm done to marginalized groups, how they cope with their challenges, and that society as a whole needs to take ownership to address it.

The play runs February 9 -11 and 15 – 18. Earlier community activities include a movie showing and a book discussion about “The Pink Triangle.” For a full listing of activities and to purchase tickets to the “Bent” show, visit The Justice Theater Project’s “Bent” show web page.

And now some big personal news! My own involvement with “Bent:”
• At the February 9th show, I will be representing the Raleigh Business and Professional Network, Raleigh’s LGBT Chamber Commerce, giving the five minute intermission advocate introduction and staffing an information table after the show.
• And at the Saturday evening February 10th performance, I will lead the 6:30 p.m. pre-show discussion sharing my “Eight Life Lessons as an Out Gay Man that can apply to everyone,” discussing coming out, LGBT workplace issues and more. This pre-show event is free, and you may attend if even you are not staying for the play.

I look forward to seeing many of you at The Justice Theater Project’s production of “Bent!”

Links to support The Justice Theater Project and to previous blogs about diversity and inclusion being promoted through the performing arts:

• You can support the work of this wonderful organization through sponsorship or becoming a season subscriber – details on the JTP website.

• I introduce the JTP through the blog “The Justice Theater Project – Societal Impact Through the Performing Arts.” 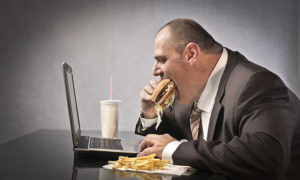 How many of us would assume an overweight employee would be slow and lazy? Photo from online human resources.

Link to part 2: More About Unconscious Bias – A Guest Blog by John Luecke

Let’s really get honest with each other. How many have thought these things:

1. You see the pretty blond successful woman: “Yeah, she obviously got there by sleeping with the bosses.”

2. You see the overweight employee … “They are probably slow and lazy and spend half their day eating snacks at their desk.”

3. You see the new young millennial employee … “Ughh! I hope I don’t have to work with him. He will probably feel entitled, will probably want to be promoted into my job after 3 months, and will probably be playing video games all day at his desk.”

4. The older mature employee … they will never be able to keep up with change and always wants to do things the way they were done 20 years ago.

5. The single mother with three small children … “I don’t want her on my team. She’ll probably miss half of each work week taking care of child emergencies. 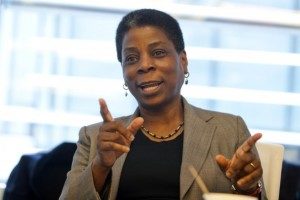 Do we assume a black female executive was promoted to achieve TWO diversity metrics? Photo from League of Black Women

6. The new black female executive … “Obviously promoted to fill a quota. And they get double credit with her … black AND a woman.”

7. The gay man and the lesbian. “Oh – I better be careful – all they will be thinking about all day is having sex with me.”

And of course this list is not exhaustive… I am sure you can think of several more.

So what should we do? It is important to recognize that these unconscious bias thoughts could simply pop into our head. We need to realize that they are there and that they are wrong, and take deliberate action to squelch them. Get to know each person you work with as an individual with a job to do and with key skills they bring with them. Realize the value of each and every team member, and work to promote a diverse team that works together in a mutually respectful climate to achieve the very best business results.

We can each take thoughtful preemptive action to set aside our unconscious bias to create a workplace where everyone is equally valued and treated with respect.

Blog author Stan Kimer is career development and diversity consultant. Within the diversity and inclusion area, Stan can handle all areas of diversity, and has a deep expertise in LGBT (Lesbian, Gay, Bisexual, Transgender.) Please do explore the Total Engagement Consulting website to learn more of Stan’s expertise, and please do not hesitate to contact him at [email protected] to discuss how he can assist your organization in these areas.