Last summer, I was interviewed for this article which was published online in Mexico. Authored by Andoni Bello Lanestosa ([email protected]), translated into English by my business partner Elsa Maria Jimenez-Salgado, minor editing and links added by myself.

Link to the original article in Spanish. 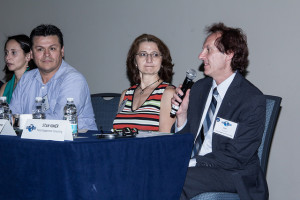 This year’s (2014) LGBT Trade Mission to Mexico was a success. However, the topic of social responsibility of LGBT-owned businesses in regards to the LGBT population with respect to HIV was not covered. “Corresponsales Clave” (Key Correspondents in English) recently had a conversation with Stan Kimer, a corporate consultant about the topic.

The National Gay & Lesbian Chamber of Commerce was formed with the objective of positively affecting economically the sexual diversity community through the formation of a Global Network of LGBT Chambers of Commerce in an attempt to identify and grow the businesses of this community.

The acquisition power of the adult population of lesbians, gays, bisexuals and trans (LGBT) in the United States represents 790 billion dollars. The LGBT market for travel alone represents 84.5 billion dollars globally; 10% of the total market comes from the U.S. The population of the LGBT constituency is the third minority in the U.S. right after African Americans and Hispanics, with an estimated population of 10 to 16 million people. There are also thousands of companies with over 50% LGBT ownership.

In this context, business people of the Gay and Lesbian Chamber of Commerce visited Mexico a few months ago for the second LGBT Trade Mission in order to promote the growth of small businesses in our country. The organizers of that event indicated that this is the most effective path for economic progress and empowerment of the LGBT global economy.

After looking for ways to enhance the economic progress and empowerment of the global LGBT community, connections were established between the Mexican LGBT companies and the American companies, corporate leaders on a regional and worldwide setting, trade officials and the U.S. government. The Trade Mission that took place on April of 2014 opened a space for collaboration between the LGBT business leaders that represent several of the leading communities in America including Canada, Chile Brazil, Mexico, Argentina, Peru and Uruguay.

The topics covered in this Trade Mission included trade and businesses opportunities, the best practices of support for LGBT companies, and next steps for the establishment of the local and national LGBT chambers acrosss Latin America.

Also reviewed was the importance of establishing a path of virtual communication with the LGBT business clients, the growth of the LGBT traveling business, the inclusion of the LGBT in the business and company markets and supply chain, and the ties that can be established within American and Mexican companies. 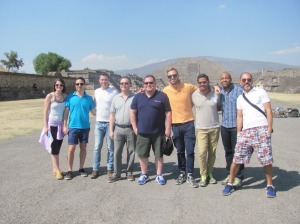 While participating in the NGLCC Trade Mission to Mexico, did get to tour some of the historic sites with other delegates and local business leaders.

One subject that was not covered was the social responsibility of LGBT and non-LGBT companies in regards to HIV/AIDS. This is why Corresponsales Clave had a conversation with the organizers of the Congress. These were their reactions:

Stan C. Kimer, President of Total Engagement Consulting by Kimer thinks that all the companies should get involved with activities focused with sexual diversity as a part of their business strategies, particularly those companies that are LGBT-owned. These LGBT owners should prioritize their focus of social responsibility in the prevention and treatment of HIV/AIDS in their communities, taking into account that in this moment, most of the LGBT companies are PYMES (small and medium companies). In this sense Total Engagement Consulting by Kimer, located in Raleigh NC, sponsors the Alliance for the AIDS Services – Carolina, an NGO (global term for non-profits) in the Carolinas.

With this respect, people who live with HIV should have the same opportunities to work as people who live without the virus. Corporations need to provide adequate health insurance in countries that don’t provide universal healthcare. While this epidemic continues to develop, people can live healthy lives for twenty, thirty or even more years. Even with the virus they are totally capable of working full-time. People that live with AIDS still want to be productive, and thus why companies should also consider generating part time positions.

The NGOs that work with HIV/AIDS should get close to the companies to ask for their support and financing, and to educate directors and employees about HIV and AIDS. Stan makes a strong point that the LGBT companies and the NGOs should highlight that AIDS is not a gay disease, but is something that affects everyone. In our countries most of the affected people are LGBT population, but there are countries where the heterosexual population is the most affected. This is why financing shouldn’t be only a responsibility of the LGBT population.

For example, Stan’s company supports a community center that offers prevention and training on HIV/AIDS in Mtito Andei, Kenya. This community lives in poverty despite being a major center for transportation. Many single mothers work as sexual workers with the truck drivers because it’s the only way they can support their families. Mtito Andei has a high index of HIV/AIDS, affecting mostly kids and women.

NGLCC is the only non-profit of the United States devoted to improving economic and development opportunities for the LGBT business community. This organization has more than 140 corporate partners and 52 chambers affiliated on a local, state and international level. NGLCC is the biggest organization devoted to company development and advocacy in economic matters on a worldwide level.

It is clear that companies, especially those where the owners are part of the LGBT population, have a very important role on the reduction of stigma and discrimination toward the sexually-diverse population, including education and treatment of HIV/AIDS. To an extent that we are more integrated and educated as a society, our differences shouldn’t be taken as a pretext for discrimination that causes so much damage to all.

Stan’s blog about his personal experience with the NLGCC Trade Mission to Mexico in 2014.

This blog includes several of links to explore, including the three outstanding organizations started by these three women.

For the second year, the Levin Jewish Community Center in Durham, North Carolina is coordinating a fantastic series called “Ignite Talks,” which presents local leaders in the business community as social innovators. FYI, link to last year’s blog where I featured Jim Whitehurst, President and CEO of Red Hat; and Kevin McDonald, founder and CEO of TROSA (Triangle Residential Options for Substance Abusers.)

The latest session I attended on December 4, 2014 was titled “Next Chapter: 3 Women, 2nd Careers, 1st Rate Leaders.” All three women started new ventures later in their careers which contributed substantially to our community and world. The three women:

• Carrie Norry, after spending her early years as a homemaker and raising a family, formed “JUST TRYAN IT,” which empowers children to compete in triathalon type events to raise money for childhood catastrophic diseases.

• Pat Nathan, retired as a Microsoft business executive and then founded the local Triangle, NC “Dress for Success” affiliate in 2008. Her organization promotes economic success for disadvantaged women by providing professional attire and other networking and career development support.

After sharing a little about their journeys and their ventures, these outstanding women shared some practically advice. First, challenges and learning from them:
• The importance of balancing time and setting boundaries.
• Recognizing where you need help – can’t do it all!
• Don’t doubt yourself and your capabilities.

Second, closing advice:
• If you have a dream, and idea, just go for it!
• Look for open doors leading your way and be inspired by them.
• Prepare yourself to be open; be willing to let something speak to you.

These three women as well as the entire Ignite Series demonstrates that each of us can indeed step out and do something to make a significant impact for good in our community and the world.

Closing Note: For my own personal venture, I am working with a coalition of partners to build a community center in Mtito Andei, Kenya, one of the most impoverished areas of East Africa. I look to have some significant news and progress to share within a few months.