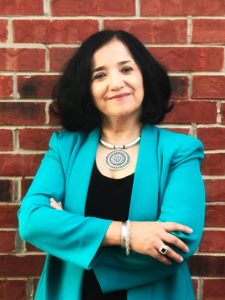 Today more than ever, we need business leaders who assert their commitment to diversity and inclusion in the workplace and the community.

Researchers at Harvard Business School and Duke’s Fuqua School of Business have documented an emerging trend of CEO activism. This activism is propelled by the nation’s increasing political polarization and the expectations of millennial employees, who want their leaders to lead successfully in business while promoting company values externally. Millennials yearn for authenticity and refuse to check their values at the doors of their organization. When company values such as diversity and equality are transgressed in the larger society, they expect their leaders to step up and uphold these values in the community.

Courage as a Trait of Inclusive Leaders

What are the traits inclusive leaders must have to lead successfully in today’s environment? Deloitte Australia undertook a study to identify six signature traits of inclusive leaders. Drawing from the experience of best-in-class leaders in diverse sectors across the world and subject-matter experts, the study identified courage as one of these signature traits. A highly inclusive leader is committed to lead with courage by speaking up and challenging the status quo while recognizing his or her personal limitations.

As a leadership trait, I find courage serves as an anchor to ground leaders in going beyond the old conventional wisdom of staying neutral on social or political issues. Today, we are experiencing moments that challenge leaders at all levels. Moments where courage is a most important trait, from my perspective, as we must speak up and challenge conditions that endanger inclusion in our workplaces and communities. 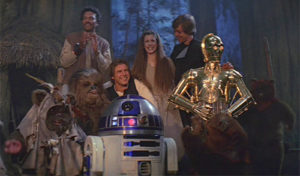 Amidst events that have shocked and impacted the nation, we see clear examples of courageous leadership across industries. In 2017, Gregory L. Fenves, president of the University of Texas at Austin, made a public statement regarding his decision to remove and relocate confederate statues after the events in Charlottesville. “The University of Texas at Austin has a duty to preserve and study history,” he said. “But our duty also compels us to acknowledge that those parts of our history that run counter to the university’s core values, the values of our state and the enduring values of our nation do not belong on pedestals in the heart of the Forty Acres.”

The same year, after the president’s decision to end DACA, more than 400 business leaders signed an open letter urging the president and Congress to protect Dreamers. Among them were the CEOs of Facebook, Microsoft, Google, Best Buy, Wells Fargo and JPMorgan Chase. As Tim Cook, CEO at Apple tweeted, “250 of my Apple coworkers are #Dreamers. I stand with them. They deserve our respect as equals and a solution rooted in American values.” (Note from Stan – I featured Tim Cook in my blog about significant business impact of Tim Cook coming out as a gay man.)

CEOs are now wading into controversial issues. In 2016, PayPal’s CEO Dan Schulman took a stand against North Carolina’s so-called bathroom bill by pulling the company’s plans for a global operations center that would have employed 400 in Charlotte. In an interview with the Charlotte Observer, Schulman said that “with the passage of the bill, it really goes against the values of our company and we just couldn’t proceed forward.” Other companies with operations in Charlotte also expressed opposition to the bill including Bank of America and American Airlines.

Most recently, twelve CEOs of major companies spoke out against the Trump administration’s zero-tolerance border policy, which has resulted in the separation of thousands of immigrant children from their parents. Money reported that CEOs from Google, Uber, Airbnb, Facebook, Chobani, and Cisco condemned the policy as “heartless, cruel, and immoral.”

In all these instances of courageous leadership, there is one common thread that supports the leader’s action – alignment with core values of the organization and our nation. We see leaders as the linchpin for inclusion at all levels, including the larger society. With courage, business leaders today are taking personal risk to raise their voice involving social issues that affect us all and providing a venue to resolve these issues.

Cecilia Orellana-Rojas, Ph.D., is vice president of strategy and research for the National Diversity Council. She coordinates the NDC’s DiversityFIRST certification program, of which I am a faculty member. I enjoy working with Cecilia and her deep understanding of the importance of diversity and inclusion in the business and educational world, as well as the intersection of inclusion and leadership. 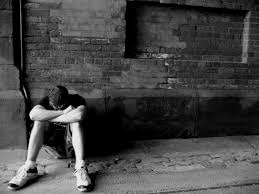 Here is the next monthly guest blog from my cousin Brandon Garrick, Masters of Social Work Candidate at North Carolina State University. As a diversity consultant, I do see the connection between these suicide facts and the relevance to various diversity constituencies.

As a future clinical social worker and mental health professional, I often read various data on suicide. I think it would be fair to say most people know that suicide is a national public health issue in the United States. However it is likely possible there are certain facts that people may not be aware of about suicide in our country.

Suicide is indeed a social issue that affects everybody and can result from severe depression. Depression faces negative stigma from society at times and can be hard to treat. I recently found out that a fellow classmate from high school had died by suicide. The overall realization that somebody as young as myself would ponder that life wasn’t worth living anymore is disheartening. Therefore my goal is to raise awareness and possible inform people about things they may have not know about suicide.

1. Veterans are at higher risk of suicide then those who did not serve. Veterans are twice as likely as civilians to die by suicide, according to the Veteran Affairs. Veterans make up more than 14 percent of all suicides, although they account for only 8 percent of the total population. I recently attended the 2018 NASW (National Association of Social Workers) national conference in Washington D.C. where I discussed the problems of suicide within our veteran populations. I was then informed that more veterans are killed by suicide then in active combat. The mental health of our veterans needs improvement!

2. Firearms account for more than half of suicides in the United States. I am by far not making an argument that we need tougher gun control in our country. That is a political discussion for another day. However it is important to note that firearms contribute to more than half of the suicides in the United States. There are a lot of responsible gun owners who lock up their firearms responsibility, but we need to remain open to hear any possible solutions to this specific problem.

3. Men are at higher risk of death by suicide then women. Men die by suicide 3.53 times more often than women. This fact can be attributed to many various factors. However it is important to realize that women aren’t the only ones who need help. There is often a negative stigma men face for receiving help for feeling depressed. Therefore if you are or know a man who is feeling depressed, don’t wait to get or get them help.

4. The LGBT community is at higher risks of suicide. Various psychological and sociological studies have indicated that lesbian, gay, bisexual, and transgender populations are at increased risks for suicide. The higher prevalence of suicide can be linked to higher incidence of mental disorders in these populations—in particular, depression, anxiety, and substance abuse. And much of this is caused by negative oppression from the family, the church and society as a whole.

5. Suicide is the second leading cause of death for college students. As a college student myself, this fact is disheartening. The only thing that lead to more deaths of college students is vehicle related deaths. Suicide is a major issue for our college youth and can stem from various things. This is why it is important to have counseling resources on campus for all students.

I may expand on some of these five areas in future blogs. For now, here is the national suicide lifeline if anybody needs it. https://suicidepreventionlifeline.org/ 1-800-273-8255