Elsa Maria Jimenez Salgado on my consulting team with her husband Richard Horvath asks us, “So what exactly is an Hispanic supposed to look like?”

NOTE: Total Engagement Consulting provides diversity strategy and training expertise for organizations on all aspects of diversity, including a deep expertise in LGBT (Lesbian, Gay, Bisexual, Transgender.) Please check out my diversity offerings page and contact me at [email protected] to discuss your diversity and inclusion needs.

With National Hispanic Heritage Month (link) being celebrated in the USA September 15 – October 15, I wanted to provide some interesting resources. Last week I published “Five Things to Never to Say to Hispanic People” written by bilingual part time consultant Elsa Maria Jimenez Salgado (link to her info) from my team.

And now here are Seven Misconceptions or Stereotypes of Hispanic People particularly in the USA written mostly by Elsa, with some contributions from myself.

1) They all come from Mexico, and most of them crossed the border illegally. There are several issues with this stereotype. First, many Hispanics in the USA were actually born here and may even be third and fourth generation American citizens. And according to the latest research, most of the immigrants that are in the U.S. illegally are immigrants from ALL over the world who overstay their legally obtained Visas. Finally, though the largest segment of Hispanics in the USA is from Mexico, there are significant numbers from the wide range of diverse nations in Central and South America as well as the Caribbean.

2) They all speak fluent Spanish and poor broken English. In some instances, this might be true, but this stereotype is debunked at several levels. First, many Hispanics who moved to the USA are truly bilingual and speak flawless English. Second, Hispanics are the fastest growing minority in this country, and a huge portion of these individuals are already second generation U.S. citizens, who speak English as their native language. Third, there are many second and third generation Hispanics in the USA (Stan – I have even met a few) who do not even speak Spanish!

3) They all look the same – short, plump and dark skinned. The majority of the Hispanics in Latin America are the result of the miscegenation of the Spaniards with the native ethnic groups. But there have been also numerous immigration booms in ALL of these countries from all over the world. For example: Argentina received millions of Italians for generations, Mexico received a lot of Germans, and Colombia received many African slaves at some point in their history. So stereotyping on how a Latino should look might be perceived as racist.

5) They all celebrate with wild partying on the main Mexican holiday Cinco de Mayo. In fact 5 de Mayo is not a Statutory Holiday in Mexico; it is more celebrated in the U.S. Cinco de Mayo became popular in the U.S. when President Roosevelt signed the “Good Neighbor Policy” in 1933 with the objective of improving relations with Latin-American nations. Actually the way it is celebrated in the U.S. is perceived amongst many Mexican nationals as an excuse to drink Margaritas and eat Mexican food, thus misrepresenting the Mexican Culture.

6) They all eat tacos and burritos. Actually what people perceive as Mexican food in the U.S. is in reality Tex-Mex food. Although this type of food has elements of the traditional Mexican food, it is definitely not the same. According to a Serious Eats article (link) the origin of Tex-Mex fare dates back to the Texans of Spanish or Mexican heritage who lived in Texas. “Authentic Mexican Food” combines elements of Spanish cuisine and Mesoamerican cooking, and according to list amaze (see link), Authentic Mexican Cuisine ranks #3 amongst the finest cuisines in the world. (Only France and Italy rank higher.)

7) They don’t pay taxes and live “hidden in the shadows.” In 2013 according to the National Council of La Raza (link to article), Hispanic Households paid “almost $124 billion in federal taxes, including individual and corporate income taxes, payroll taxes, and excise taxes, and almost $67 billion in state and local taxes.” In fact, many economists have stated that the contributions of young Hispanics will keep the Social Security system strong.

Bottom line, get to know each Hispanic you meet as a unique diverse person and interact with them in a genuine and respectful manner.

“Five Misconceptions of Muslims in the USA.” 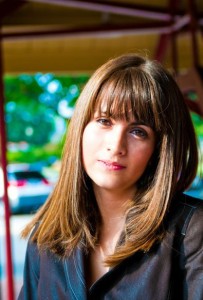 Thank you to Elsa Maria Jimenez Salgado, Associate Consultant, for writing this blog. Elsa has a law degree from Mexico and a Masters Certificate in Human Resource Management in the US.

Note from Stan Kimer. With National Hispanic Heritage Month (link) being celebrated soon in the USA, September 15 – October 15, I wanted to provide some interesting resources. I thank part time consultant Elsa Maria Jimenez Salgado (link to her info) from my team for writing this blog!

It is not a secret to anyone that the unknown or different causes curiosity, especially when we meet a person from a different background, culture or ethnicity. For the same reason we need to be cautious on what to ask, because our questions could seem intrusive, disrespectful or offensive. In the case of Hispanics living in the U.S., this same principle applies.

Hispanics are immersed in every single aspect of the American Society and data shows that this participation will increase in the years to come. According to the Huffington Post (link to article), 16% of the U.S. labor force is Hispanic and by 2050 the Hispanic workforce will double to 30%. This is why these “Five things that you should never say to Hispanics” are important to consider.

1. What is your Status? Not under ANY circumstance you should ask this question. If a person comes from a different country that doesn’t necessarily mean that the person crossed the border illegally. Yes, I know… you might be thinking, “Lots of Hispanics cross the border illegally”. Surprisingly, this is not the case anymore. According to the National Review (link to article), most of the illegal immigration enters to the country with some sort of VISA, and overstays the VISA. This type of immigration comes from all over the world. The stigma and the prejudice that Hispanics bear unfortunately prevails through generations. These days, many U.S. citizens with a Hispanic Heritage suffer this type of characterization. After all let’s not forget that if we go back in history, a lot of individuals didn’t cross the border, the border crossed them.

2. You speak Spanish, so you must be Mexican. This also is a big “no no.” Let’s not forget that Latin America has a lot of Spanish speaking countries. Although the Latin American Countries have a lot of things in common besides the language, each country represents a totally different culture and identity. In just a few words it would be the same principle to affirm that all the English speaking individuals come from the same country. 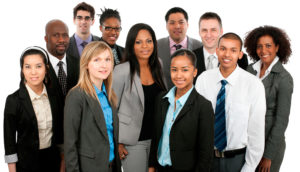 Hispanics themselves have very diverse appearances and backgrounds. (Photo from “Hispanics Across America”)

3. Oh you are Mexican! You don’t look Mexican at all. I’ll go back to Mexico because that’s the country that historically has faced more prejudice and stereotyping in the U.S. and of course due to the fact that the Mexican nationals surpass in numbers other Hispanic groups. If we go back in history when Mexico was colonized by Spain, there were numerous native ethnic groups in the area. Now the majority of the Mexican nationals are the result of the miscegenation of Spaniards and the Native ethnic groups. Plus the miscegenation of other countries that had immigration booms to Mexican territory such as: France Germany, Lebanon, and Israel. So let’s face it, how should a Mexican or Hispanic look? Isn’t this stereotyping? Your comment could be perceived as bigoted and racist.

5. Ah, You speak Spanish, I’m looking for a good housekeeper or lawn maintenance person. Hmm not necessarily, there are Hispanics, within every single niche of the economy. This comment could be perceived as bigoted. The reality is that there are Hispanics in Silicon Valley, occupying seats at the Congress, Entrepreneurs, Scientists, Professors, Physicians, Lawyers etc. Yes yes…. I know what you are thinking, “there are a lot of Hispanics performing manual labor jobs.” There is no doubt about that and there is nothing wrong with it. But your comment could unintentionally typecast a lot of people in certain types of jobs or capabilities, and some may find it offensive.

Bottom line, get to know each Hispanic you meet as an individual diverse person and interact with them in a genuine and respectful manner.

Coming with the next two weeks: Seven Misconceptions or Stereotypes of Hispanic People