IMPORTANT NOTE: Lots of Useful and Interesting LGBT and Pride Month Links at the bottom of the blog! Any many links throughout the main article! Check them out. 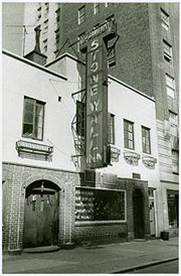 The Stonewall Inn in Greenwich Village, New York City, Universally considered the beginning of the modern Gay Rights Movement in the US

In my annual LGBT Pride Month blog this year I want to focus on the “T” (or transgender) in LGBT. Why? This seems to be a watershed time with a significant increase of focus on the transgender segment of our community.

Over the past 12 months as I delivered LGBT workshops and trainings across the country, mostly in a human resources professional setting, about 80% of the questions during the “Question and Answer” time are about transgender issues. Questions like:
• What do we need to do HR policy-wise to be more supportive of our transgender employees?
• How do we make the business case to our senior executives that we as a company should be providing gender transition health benefits for our transgender employees, and that medical treatments and surgeries should be considered necessary and not “optional” care?
• What kind of training do we need to provide to the co-workers of an employee who may be undergoing gender transition?
• What bathroom should a transgender person be using? What should we do if another employee complains about a transgender employee using a certain bathroom?

I believe there are several reasons for this increased focus:
• High profile celebrity transitions (Chas Bono a few years ago and more recently Bruce (now Caitlyn) Jenner) have made transgender people much more visible. (LATE EDIT: Link to this cool Vanity Fair magazine cover featuring Caitlyn Jenner!)
• Transgender characters are featured as mainstream in a more positive light such as Laverne Cox (link to Time Magazine Interview) in “Orange is the New Black.” In fact Ms. Cox was the first transgender person to be featured on cover of a Time Magazine issue last year with the title “The Transgender Tipping Point – America’s Next Civil Rights Frontier.” 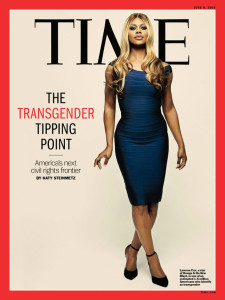 • With a large majority of Fortune 500 companies now providing full inclusion for gay men, lesbian and bisexual people covered under “sexual orientation,” they are now addressing the transgender area (gender identity and expression) that may have not been fully addressed earlier.
• The younger generation now emerging into more leadership roles are much more “gender fluid” and not as tied to strict gender stereotypes and roles.

(NOTE: As a University of Chicago graduate I was delighted and proud as am alumnus to see the Jan-Feb Alumni Magazine include an alumni essay called “On Common Ground” written by transwoman Christina Kahrl AB’90 about her finding acceptance as a transgender women as a baseball writer and television analyst.)

In fact, while I was in the middle of writing this blog, Mr. Val Boston III of Boston and Associates, one of my experienced consulting mentors forwarded me an announcement : Dr. Jamison Green, a pioneering world leader in transgender advocacy (who I even worked with early in IBM’s days of addressing transgender employees) has announced a strategic partnership with the Diversity & Inclusion Center to education organizations about transgender issues in the workplace.

Since it was several transgender people who took the bold lead in the original Stonewall Rebellion in 1969, it is totally fitting that the “T” should be front and center for LGBT Pride 2015!

Here are some additional past blogs that can serve as LGBT Pride Month Resources:

LINK to last year’s LGBT Pride Month Blog On the Importance of Being a REAL Ally.

LINK: Five Heroes of the early US Gay Rights Movement

LINK: The Intersection of LGBT and Aging 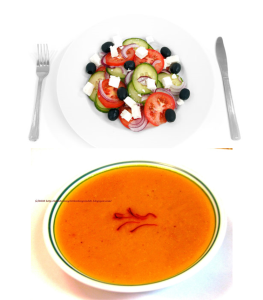 Diversity: is it a melting pot / stew, or a salad / fruit bowl?

As a diversity consultant, it is good to stop and look at different core theories around diversity. One core concept to consider is diversity as either a melting pot where different cultures come together and assimilate, or the “salad bowl” or “fruit bowl” where the elements are still together but individual components are identifiable and appreciated.

The dynamics of this dichotomy were starkly evident in early May when a Duke University political science professor made some controversial comments (link) when addressing the recent unrest in Baltimore, Maryland after the death of Freddie Gray (link) while in police custody. Professor Hough praised Asians for their “desire for integration” while stating that blacks have these strange new names that symbolize their lack of desire for integration.

Hence we open the discussion of diversity as a melting pot or a salad.

The melting pot theory of diversity propagates a construct of diversity as monoculturalism, where the various groups are assimilated into one culture, often with the minority groups rejected or hiding their differences and unique attributes, to take on the characteristics of the dominant culture.

The salad bowl (or fruit bowl) theory of diversity propagates a theory of pluralism, where differences between cultures are accepted, appreciated, celebrated and even utilized to create something stronger. There is still one entity (a salad) but the individual components (lettuce, tomatoes, carrots, cucumbers, etc.) are still distinguishable.

In reality, the melting pot theory of diversity is not a theory of inclusion; it is more about exclusion of unique strengths and attributes.

These theories really do apply to the business world. While I was on the diversity staff at IBM, our diversity slogan was “None of us is as strong as all of us.” Also within the business world, a new emerging diversity subject is “diversity of thought.” (Link to my past blog on emerging diversity topics.) The idea is that companies that honor their employees’ diversity and draw upon their different life experiences come up with better products and stronger solutions to business problems than companies where everyone thinks exactly alike. Within a company, there can still (and needs to) be a unity around corporate goals, but diversity of ideas can be honored and leveraged to best meet company objectives.

Instead of being an “either /or” proposition, the best implementation of diversity is a “both / and” where the unique diverse attributes of each individual are appreciated and all the diverse elements can come together to unite to create a stronger community.