Recently I saw this article on the Diversity Inc website titled “5 Things Never to Say to Blacks” (link) and it inspired me to write my “Five Things Never to Say to Gay People.” In fact, I already created a power point chart with that title that I often use when I present LGBT (Lesbian, Gay, Bisexual and Transgender) diversity sessions. (Link to a 2 minute video of me presenting this topic)

Here are my five:

2. Calling my spouse or “significant other” my pal or my room-mate, and therefore minimalizing or insulting my 21-year committed relationship. In fact now in several states and DC, same gender partners can legally marry, so even husband or wife may be the preferred terms. Best action is to always ask your gay friend how they like their life partner referred as.

3. Using certain charged words like queer, dyke or faggot unless you have built a level or trust or closeness with me.

4. Giving me that platitude that you “love me, you love the sinner but hate the sin” and you assume that

There are many churches and faith organizations that fully affirm LGBT people.

all LGBT people are faithless heathens. First, I do not agree that being gay is a sin – it is the way God made me. And second, there are many LGBT people of deep faith and many churches that are totally affirming of LGBT people.

One other point to address. Being a gay man does not mean that I secretly wanted to be a woman, and a lesbian 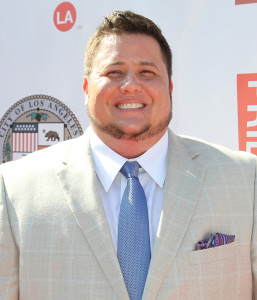 The high profile gender transition of Chaz Bono (born daughter and now son of Sonny and Cher) did a lot to raise the visibility of transgender equality.

Bottom line summary – the best bet in interacting with LGBT people is to all be respectful and not afraid to ask questions.