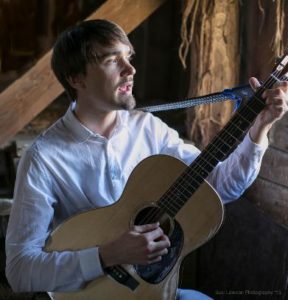 Please check out all the links in this blog!

Bluegrass Music – is considered a form of American roots music with its own roots in English, Irish and Scottish traditional music. … Inspired by immigrants from the British Isles (particularly the Scots-Irish immigrants of Appalachia), as well as the music of rural African-Americans, jazz, and blues.

One wonderful expression of diversity in music is the upcoming second annual “Shout and Shine: A Celebration of Diversity in Bluegrass” being held in Raleigh, NC on Tuesday evening September 26, 2017. (Link to complete details.) Each artist and production member was carefully chosen to celebrate diversity within the bluegrass and roots community. These diverse musical artists include: 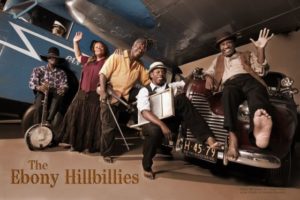 • Tyler Williams Band, whose lead singer was born with cerebral palsy and was blind from an early age
• Sam Gleaves, an openly gay musician from rural Virginia (link to a very touching song “Ain’t We Brothers.”)
• The Ebony Hillbillies, a prominent African-American string band
• The Otsuka & Watanabe Brothers’ Japanese Jam which shows how Bluegrass music is now appreciated worldwide.

So how did this innovate celebration come to be? It was born in 2016 as a direct response to North Carolina’s oppressive HB2 “bathroom bill” which discriminated and stigmatized our state’s LGBT (Lesbian, Gay, Bisexual, Transgender) citizens. (see my blog about the effects of HB2.) There were a variety of performance artist’s reactions to HB2 from several boycotts to Cyndi Lauper who came to town and specifically engaged with the community on this issue (See my blog – “Don’t Boycott Us, Cyndi Lauper-rize Us” about her proactive actions.)

It is now fantastic to see another organization, “The Bluegrass Situation,” making this positive move of involving its entire community to oppose discrimination and fight for a fully inclusive society where all people are welcomed and valued.

Please do come out on Tuesday night September 26 to support a diverse community and to enjoy some outstanding and diverse Bluegrass music! 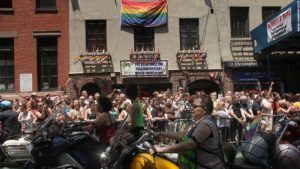 New resource from Porch.com added for 2022 – “Ways to Support and Celebrate Pride Month.”

This year, I will kick off LGBT pride month by providing short summaries and links to nine blogs I wrote since last year’s Pride that have LGBT diversity content. LGBT Pride should be every month, all year!

And be watching for my 2017 LGBT Pride Month Blog 2 later in June when I will be reviewing a new book written by a leading LGBT consultant and writer being released within the next week or two!

1) June, 2016 – On the last day of LGBT Pride Month 2016, I published a blog about the great privilege of being able to attend the US Department of Labor’s LGBT Pride Month event with US Labor Secretary Thomas Perez and US Senator Tammy Baldwin in Washington DC on June 28th!

2) September, 2016 – I published my third blog in a 3-part series of Muslim diversity in the US – “The Intersection of Islam and LGBT (Lesbian, Gay, Bisexual, Transgender.)” It includes lots of interesting links.

6) January, 2017 – “Yes! Virginia is for all lovers (and all employees and businesses)” is about Virginia Governor Terry McAuliffe’s first executive order as a new governor promoting LGBT equality.

The São Paulo, Brazil LGBT Pride Parade is now perhaps the largest in the entire world. (Photo from Wikipedia)

7) January, 2017 – In this time when many people in industry consider millennials as entitled, spoiled and unwilling to work hard, I published this interview with an outstanding millennial community leader. Out and proud gay man Jackson Cooper is believed to be the youngest executive director in the country leading a performing arts organization in the US.

8) February, 2017 – In my latest blog about North Carolina’s infamous anti-LGBT HB2 law, I share two recent business perspectives: from a season senior executive and from a recent college graduate.

I wish all my readers a Happy LGBT Pride Month and hope you find these blogs useful and perhaps even inspirational.