Tagline: North Carolina needs to take a few lessons from our neighbor Virginia. See also several additional pertinent links at the bottom of the article

As a diversity consultant and an out gay man in North Carolina, one state south of the Commonwealth of Virginia, I and others would often scoff at Virginia’s tourism slogan “Virginia is for Lovers.” Some of us would create amended signs that read “Virginia is for SOME Lovers” since Virginia was one of those Southern States that long had a state constitutional amendment outlawing same-gender couples.

But now, with the latest executive order on January 5th signed by Governor Terry McAuliffe, Virginia has progressed into a shining star of equality and fair play for all its citizens. Now let me tell you this story and provide the additional details.

The past: Yes, Virginia was one of the southern states that quite early in the “marriage equality” movement prohibited the recognition of same-gender marriages. Of course that was completed voided by the June, 2015 Supreme Court ruling that provided for same gender marriage recognition and availability across all fifty states.

The present: But then early this year, Virginia surpassed her southern neighbors with Governor McAuliffe signing state executive order Number 61 on January 5th. It directs all Executive Branch entities to include in their procurement contracts valued over $10,000 a prohibition on discrimination by the contractor in its employment practices, subcontracting practices, and delivery of goods or services, on the basis of race, sex, color, national origin, religion, sexual orientation, gender identity, age, political affiliation, disability, or veteran status. Executive Branch entities must also require that the contractor will include the same nondiscrimination requirements in every subcontract, vendor contract, or state procurement contract. 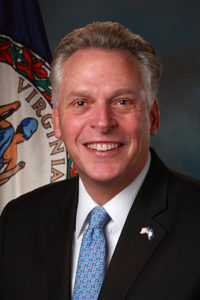 In signing this, his first executive order as a the new Governor, Mr. McAuliffe stated, “As my first act as Governor, I signed Executive Order 1 to ban discrimination in the state workforce based on sexual orientation, take divisive social issue battles off the table and help build an open and welcoming economy. Starting today, the Commonwealth of Virginia will not do business with entities that discriminate based on sexual orientation or gender identity. Virginia is home to the best state workforce in the country and this policy will ensure there is no question that all Virginians are to receive the full benefits of their citizenship, without regard to their sexual orientation or gender identity.”

As a diversity and inclusion consultant with a very deep expertise in LGBT (Lesbian, Gay, Bisexual, Transgender) diversity, I stand excited and ready to assist any company doing business with the commonwealth of Virginia with the consulting services and training to fully comply with the order as well as building the corporate culture to assure true execution.

The future: Being here in North Carolina, where last year our out-of-touch legislature passed our hateful and economically harmful state anti-LGBT legislation known as HB-2, I encourage our new governor Roy Cooper to follow suit with Virginia and issue our own similar order for our state’s executive branch contractors.
_ _ _ _ _ _

An interesting history of Virginia’s “Virginia is for Lovers” tourism slogan.

My blog about the harmful impacts of North Carolina’s HB2.