The blog is loaded with links! Do explore them!

As a career and diversity consultant, a gay man, and a sports lover, I can’t avoid blogging about all the recent bullying and gay oriented news that has emerged in football (that’s US Football for you global readers) news over the past few days. 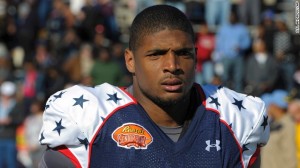 I have an eclectic collection of favorite sports – I enjoy watching men’s college football, women’s college basketball, figure skating (haven’t the Olympics skaters been fantastic?), and now golf since my youngest niece is about to start college on a women’s golf scholarship.

Before jumping into the recent football discussions, here are two past blogs I have written covering sports and LGBT (Lesbian, Gay, Bisexual, Transgender) diversity.
• Last month, I published “A Rant -The 2014 Olympics, Stereotyping and Prejudice,” since there are so many misconceptions about the extremely demanding and athletic sport of figure skating. And combine that with all the brouhaha around LGBT acceptance and Russia’s new draconian laws.
• And last May, I wrote about “Five Important Ramifications of NBA Pro Basketball Player Jason Collin’s Coming Out.”

AND NOW THE GOOD: Earlier that week, University of Missouri All-American defensive end Michael Sam publically said he was an “openly, proud gay man.” What is groundbreaking with this pronouncement is that Michael Sam is about to start his pro-football career and took the risk of making this announcement before the football draft, when teams select their new players from the top graduating college standouts. This demonstrates the deep integrity of Michael Sam in being authentic about who he is and valuing his own self worth and identity above the financial ramifications of the draft. (link to longer ESPN story.)

A majority of the response has been positive with many pro teams and college football coaches confirming that nurturing diversity and fostering respect for every individual is a great goal and will build a stronger team. Check out this poignant and brilliant two minute response from an older straight white Texan sportscaster (link) who reminds us that not so many years ago, people spoke about not being comfortable with black players in the football locker rooms. And Minnesota Vikings general manager Rick Spielman says “he is not concerned about the extra attention that would come from drafting Sam.” (link to Star Tribune article.) Obviously, Spielman is more concerned about collecting the best players and building the strongest team. 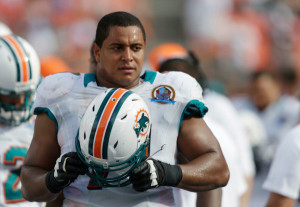 AND THE BAD AND UGLY: And meanwhile the shocking additional revelations about the bullying episode on the Miami Dolphins team between guard Richie Incognito and tackle Jonathan Martin. This extreme inhuman bullying which included players threatening to rape Jonathan’s sister, now extends to additional perpetrators and victims, with racial slurs along with the homophobic bullying. (Link to detailed AP story.) See also my blog about the psychology of bullying where I discuss the harmful ramifications of this scourge.

OK – enough on this. Time to get busy preparing and sending a diversity and sensitivity training proposal to the Miami Dolphins. (See my blog about training security guards after an unfortunate incident.) They sure need to learn the lesson that most American businesses have learned long ago – that building a diverse team that fosters mutual acceptance and appreciates each party’s unique talents and attributes wins in the long run.

Link to Blog: Five Things Never to Say to a Gay Person