I had so much fun doing this last year – looking over my website statistics to see what were my seven most read blogs during the year. I normally blog about my two areas of consulting a few times each month: Diversity with a specialization in the LGBT (Lesbian, Gay, Bisexual, Transgender) workplace and marketplace; and career and skills development based on my innovative Total Engagement Career Mapping process. However, once in a while I write a more personal column or rant about something that is irking me. 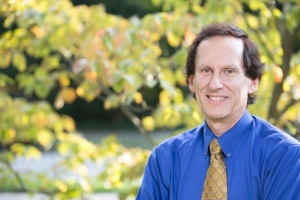 7. During June, LGBT Pride Month, I got a little more personal and shared the summary of a talk I gave at a recent local PFLAG (Parents, Family and Friends of Lesbians and Gays) chapter meeting, “8 Lessons in my Journey as an Out Gay Man.” I hope these are useful life lessons for LGBT people and allies alike.

6. Many pundits were saying that by coming out as a gay man, University of Missouri defensive stand out Michael Sam may be hurting his ranking in the upcoming draft, but I completely disagreed and explained my business rationale in “Fortunate is the NFL Team that drafts Michael Sam!”

5. Written in July and then updated in December, is “President Obama’s Latest Executive Order Protecting LGBT Americans – The True American Thing to Do!” I provide some details of President Obama’s latest executive order, links to several relevant items and discuss how arguments that this order endangers religious freedom are totally preposterous.

4. In “A Rant: Figure Skating, The 2014 Olympics, Stereotyping and Prejudice,”I combine my personal hobby of attending figure skating competitions with my vocation as a diversity consultant, and discuss the disturbing comments people post online in response to articles about the sport of figure skating.

3. My most popular blog of 2013 was actually googled quite a lot and finished in as number 3 for this year: “Five Common Misconceptions about Gay People.”

2. From November of this year, with the annual Transgender Day of Remembrance, I wrote “Five things never to say to transgender people.”

1. and the top most read blog was actually published in 2011! As many people search for online resources about diversity training, they found and read my 2011 blog “Three Components of Diversity Training,” where I discuss the three major components required for diversity training and exactly who within an enterprise should be trained.

Thanks to all the readers who enjoy and share my blogs. In 2015, if you want to be notified each time I do publish, you can like my business facebook page (Link), or if you subscribe to my monthly e-newsletter, I include a short summary and links to the past month’s writings.

Wishing all my readers a wonderful 2015 filled with much contentment and success!

In the middle of February, I published the blog “Football, Bullying and LGBT Diversity – The Good, The Bad and the Ugly” (link). On the bad side, I highlighted the continuing unfolding saga of the bullying incidents with the Miami Dolphins, which has expanded to multiple people and to racial prejudice. On the good side, I wrote of Michael Sam, the University of Missouri All-American Defensive end who came out publicly as an “openly, proud gay man.” 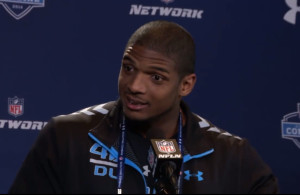 Michael Sam was perhaps the most interviewed future pro football player at the February 22 press conference prior to the “NFL Combine” (photo from thenation.com)

Since that blog, Michael Sam spoke at a press conference on February 22 prior to the NFL Combine where the NFL teams “try out” various college players prior to the NFL draft. Sam received accolades for his candid and dignified handling of reporters’ questions. (Link to USA Today Article and Interview excerpts).

Some articles in the sports press believe that Sam could have reduced his ranking among NFL teams prior to the draft (which will be held at New York City’s Radio City Music Hall May 8-10) by his announcement. I beg to differ! NFL teams need to “think outside the typical hetero-dominated box” and consider the advantages of drafting Sam. I say “Fortunate is the team that drafts Sam!”

I offer three reasons why drafting Sam would be a most fortuitous move for any NFL team: economics, community relations and team success. In addition to getting an extremely talented and hard-working football player, let me expand:

1. Economics. A creative NFL team should market to a whole new segment. The LGBT (Lesbian, Gay, Bisexual, Transgender) market segment in the US has over $830B in disposable according to Bob Witeck (Witeck Communications – link), one of the nation’s leading LGBT Marketing Consultants. In addition to spending millions of dollars on theatre, opera and WNBA season tickets, this segment can be purchasing season football tickets! NFL teams, get creative and sell to this huge lucrative segment.

2. Community Relations. Having the first out gay active NFL player on the team can greatly enhance community outreach programs including anti-bullying campaigns. As NFL teams routinely visit children in hospitals and inner-city school programs, they can deliver the message that all children can pursue any area where they have passion and talent. Gay teens do not need to join the drama club if they have the talent and interest to play football or basketball instead.

3. Team Success. The football team that drafts Sam can leverage the lesson that many large American businesses have learned long ago; that valuing the diversity and unique attributes of each team member and providing an affirming environment where each person can contribute their very best leads to better results. I bet the team that drafts Sam will get an extra boost by welcoming the NFL’s first out gay player and will coalesce into an awesome performing team.

If anyone reading this knows any NFL team general manager or owners, please send it to them prior to the draft. And of course I would be honored to be hired as the LGBT marketing / community relations / team building consultant to help the fortunate team that drafts Sam to get the most of their excellent decision.