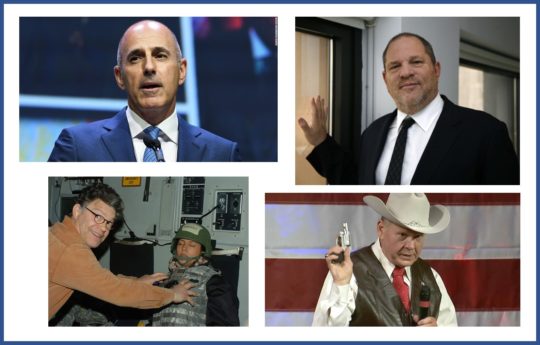 A lot continues to be written and discussed about racism, defined as “the belief, often accompanied with behavior, that race is the primary determinant of human traits and capacities and that racial differences produce an inherent superiority of a particular race.” And with the latest slew of sexual harassment charges against well known business, political and entertainment leaders, sexism is once more on top of minds. A good definition of sexism is “attitudes or behavior based on traditional stereotypes of gender roles, including discrimination or devaluation based on a person’s sex or gender, as in restricted job opportunities, especially such discrimination directed against women.”

But the main other ingredient that is critical to discussing both racism and sexism is the “power dynamic.” The real problem is when people in power use that power to degrade and unfairly treat either individuals or entire groups of people.

Let’s first look at sexism and sexual harassment. I would assert that if an entry level or lower salaried man sexually harassed a co-worker or client, they would immediately be fired. But when it is senior executive or top performer in an organization, so often the violation is minimized, excused or never addressed. The Human Resources professional who receives an allegation of sexual misconduct by a senior executive may be afraid to investigate. They may believe that the senior executive could quickly negatively impact their career or job. They say, “We can’t go after that executive – he is far too powerful.” Or when the top salesman makes a sexual move on a younger junior colleague in the office, the excuse is, “Well, he is the top performer, we need him.”

Drastic actions must be taken to address sexual misconduct by those in power by boards of directors and the Human Resources profession. See my blog, “Five Provocative Recommendations to Address Sexual Harassment in the Workplace.”

Second, let’s look a racism, especially institutional racism, which “occurs specifically in institutions such as governmental bodies, corporations and universities where systemic policies and practices within the institution have the effect of disadvantaging certain racial or ethnic groups.” See my blog on personal and institutional racism that includes examples. 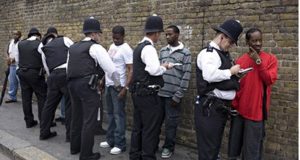 The disproportionate arrest and incarceration of black men indicates that institutional racism may very well be a part of our justice system. (Photo courtesy American Renaissance)

In this case, it is not one individual in power exploiting their position to mistreat another, but instead it is societal power. In our nation, where the white majority has been in control of almost all of our institutions, it is easy to set up systems and structures that disadvantage minority populations. And this can include deliberate institutional racism (like the Jim Crow laws of the past) or unintentional racism due to lack of awareness of the needs of other groups. Therefore, it is critical for the majority group in power to have open and honest dialogues with all constituent populations in setting up systems and structures, and to continually educate themselves on all forms of diversity.

Hopefully with deliberate, thoughtful, strong actions we can continue to progress in addressing racism and sexism, and hold leaders accountable who abuse their power. This will lead to a stronger nation and economy where everyone is valued, treated fairly and can contribute their very best.