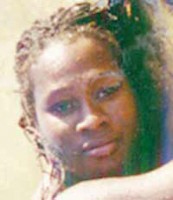 The Annual Transgender Day of Remembrance, November 20, started in 1999, about a year after Rita Hester, a transgender woman and activist in Boston, was found murdered in her own apartment.

I have cried enough at TDOR memorials. The Transgender Day of Remembrance, or TDOR, as it is often called, is an annual memorial ceremony held on November 20th for transgender people who have lost their lives to violence in the prior year. Most major cities have TDOR memorials that occur at sundown, or later, so that the memorial candles can burn in the darkness. There is no formal protocol for this memorial which is fitting to the diverse ways in which Transgender people lead their lives. However, a benediction and “the reading of the victims’ names” is most common to all. Most often, the dreadful methods by which they lost their lives is mentioned as well. These are read by the assemblers as they progress around a circle.

If you are Jewish and have visited the US Holocaust Museum, or if you are Black and have visited the new National Museum of African American History and Culture, or a Veteran at the Arlington National Cemetery or many other museums that memorialize the persecution or loss of lives by people just like you, then you have some sense of the emotions at TDOR memorial ceremonies. 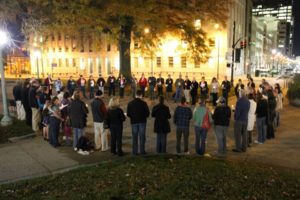 At first, you just listen. The setting is somber. It’s a memorial after all. But, ever so slowly you begin to shiver in the dark. Your sense of the victims’ struggling in futility to survive, their hopelessness at being overwhelmed by their vicious attacker, their knowledge that they were losing their lives, wells up and overcomes you. These are your sisters, brothers and everybody in-between. All gender non-conforming people who did nothing more than live their lives as best they could, just as you do. And, then the emotion breaks through. Your cheeks are wet, and you are sobbing. Your tummy is tight and you look around the circle and see parents, allies, and families who have assembled in remembrance of the losses they have personally experienced. They are sobbing too. And, so, there is a sense of comradery in sharing the grief that is at the same time comforting and disturbing that we must experience this together.

Yes, I realize that there are all kinds of victims of all types of violent crime. But, these are people just like me; victims of a crime targeted out of fear, bigotry, and prejudice. These are crimes and victims known by very few that rarely are solved, leaving murders on the streets to victimize people, just like me, again.

I have cried enough at TDOR memorials.

Elaine Martin is a transgender activist / speaker, a former board chair of EqualityNC, retired banking executive, and former business owner who has joined Total Engagement Consulting by Kimer to provide deep expertise around organizational transgender diversity and transitioning employee coaching. She can be contacted at [email protected]

The Annual Transgender Day of Remembrance, November 20, started in 1999, about a year after Rita Hester, a transgender woman and activist in Boston, was found murdered in her own apartment. It is very sad that transgender people are murdered or physically harmed at an extremely high rate compared to the general population, often fueled by hatred of this misunderstood segment of our community. Just this year alone, 2015, 70 new names have appeared on the Transgender Day of Remembrance site (link).

There are now a lot of resources available for people to learn more about the general plight of transgender people, and some are included within and at the bottom of this short blog. As a workplace diversity consultant, I want to focus on one area that can really help our transgender brothers and sisters; equal opportunity in the workplace and the ability to make a living. Transgender people often have the same education, skills, and work ethic as all other people companies employ, and deserve the same chance for gainful employment. Providing equitable opportunity for work is one way we can assist in helping everyone see transgender people are totally equal human beings.

Certainly this workplace journey has just begun, and according to recent statistics, much more focus and work is needed. A comprehensive survey from The Taskforce reported that 15% of US transgender people are living in poverty compared to 5% of the general population, and that transgender people are two times likely to experience assault or discrimination at work.

Here is a quick list of things companies can do to support transgender people in the workplace:
• Add “Gender Identity and Expression” into the corporate non-discrimination policy
• Provide appropriate benefits for employees undoing gender transition, including counseling, hormones, surgery…
• Including transgender information in diversity training that should go out to all employees.
• Appropriate handling of employee record changes, new email addresses, new badge, etc.
• Management coaching for managers who have transgender employees
• Trained Human Resource practitioners to respectfully case manage employee gender transitions
• Trans-supportive handling of the restroom configuration and policy.

As an HR diversity consultant, I am a strong advocate for corporations and organizations taking the lead to provide full respect and opportunity for transgender people.

A blog I wrote earlier this year called “The Perfect Trans-storm” highlighting the increased focus I have seen around transgender people.

A more comprehensive outline on Human Resources for Transgender Employees that I wrote for the Workforce Diversity Network.