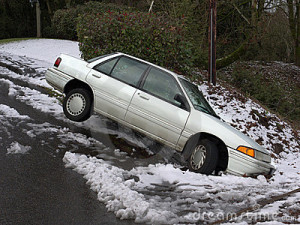 Could I be stranded in a ditch because a tow truck driver finds a bumper sticker an affront to his religious beliefs?

FINAL UPDATE: On April 23rd, the NC House Speaker declared this bill dead for the session after many business leaders spoke out in opposition. Link to News and Observer article.
UPDATE: This blog was written and published late afternoon March 30 and then this proposed legislation was the front page story (link) in the March 31st Raleigh News and Observer.

There is currently a bill filed in the North Carolina State Legislature – House Draft DRH40172-MM-8B (link) called the “Religious Freedom Restoration Act.” This is similar to the bill just signed by the Indiana governor which has been a main story in the news the past several days. This blog explains why this proposed NC bill is discriminatory, unnecessary and harmful.

SCENARIO 1: While driving home across the state on a business trip, an unexpected snow storm appears and I slide off the interstate into a ditch. I call “AAA” and they dispatch a local tow truck driver. When he arrives, he sees the “Equality NC” bumper sticker on my car, and knowing what it is, says, “Sorry, I cannot tow you out of that ditch. That would be against my religion. Besides, this is probably God’s punishment on you for your sinful lifestyle.” 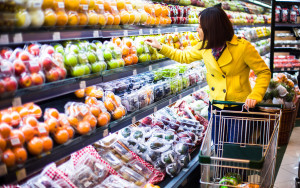 Could a grocer use “freedom of religion” in refusing to sell food to a lesbian shopper?

SCENARIO 2: A lesbian couple live out in the country near a small town with one “Mom and Pop” grocery store. When they go in together to buy groceries, the store owner says, “I know who you two are and what you are doing. Your immoral lifestyle is against my religion and I cannot support it by selling you groceries.”

These scenarios could certainly happen under this proposed law. Originally, the concept of religious freedom meant providing people a safe place to practice their faith in peace without negative ramifications, and now religious freedom has been distorted to be a license to actively discriminate against others you disagree with.

Finally, this law would deliver a tremendous blow to our economy. Don’t we want to have an open business environment where those companies deliberating on leaving Indiana or at least not expanding there, now consider coming to North Carolina? Why would we want to put a large barricade around our state that says to businesses “Keep Out”?

People of good will, and especially people who truly want economic growth for all, should vigorously oppose this unnecessary, divisive and harmful bill.

* * * * *
For for information on how to be an equality “Open for Business” enterprise in North Carolina, please check out this Equality NC business webpage.