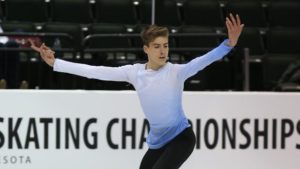 This is now becoming an annual tradition – looking at my website statistics for the past entire year and listing my top seven most read blogs as a New Year feature. I normally blog about my two areas of consulting a few times each month: Diversity with a specialization in the LGBT (Lesbian, Gay, Bisexual, Transgender) workplace and marketplace; and career and skills development based on my innovative Total Engagement Career Mapping process. And once in a while I throw in a more personal blog or rant about something that is irking me.

In 2016, six of my seven most read blogs dealt with some sort of diversity topic, while one featured a young teen who demonstrated what determination and leadership is really about.

7. The seventh most read blog, “North Carolina’s HB2 – don’t boycott us, Cyndi Lauper-ize us!” was published in June as a result of multiple boycotts because of North Carolina’s repressive anti-LGBT HB2 legislation. Though I respect performers’ decisions to boycott NC over HB2, what Cyndi Lauper did was so much more profound and impactful.

6. From March, “Why do we all need someone to hate on? … and now in North Carolina, it’s transgender people.” After so much had been written locally and nationally about the “anti-LGBT / transgender restroom” bill HB2 that had just passed in North Carolina, I decided to blog about the larger systemic societal and political issue that led to this, the fact that it seem society always needs some group to demonize.

5. My fifth most popular blog featured a young teen with great determination. In “Lessons from a Young Teen,” I ask how my readers would you handle going from second place to second from the bottom in one year in a sports competition. This inspirational short piece shares how a young figure skating athlete handled this challenge.

4. This blog, “Seven Misconceptions or Stereotypes of Hispanic People” was a guest piece written by my part-time bilingual consultant on staff, Elsa Maria Jimenez Salgado.

3. In “Diversity and Straight White Men – Four Key Thoughts,”I address the issue that, so often, straight white men may feel left out, marginalized or even “the problem” within diversity and inclusion discussions. I offer four constructive points for discussion and consideration in this blog.

2. My second most read blog of the year was a personal labor of love which included several personal photos that I took, “Seven Fabulous Out Gay Men of Figure Skating.”

1. And finally, the top most read blog for the third year in a row was actually published way back in 2011! As many people search for online resources about diversity training, they found and read my 2011 blog “Three Components of Diversity Training,” where I discuss three major components required for diversity training and exactly who within an enterprise should be trained. I have also updated that blog to include links to more resources including to a blog sharing a sample outline of diversity and inclusion training contents.

Thanks to all the readers who enjoy and share my blogs. In 2017, if you want to be notified each time I do publish, you can like my business facebook page (Link), or if you subscribe to my monthly e-newsletter, I include a short summary and links to the past month’s writings.

Wishing all my readers a wonderful 2017 filled with much contentment and success!