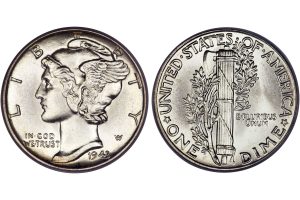 An Op Ed – Republicans are still up to those same tricks they pulled during the Great Depression.

As a diversity consultant and numismatist (a collector of money,) I am now finding some interesting connections between our nation’s money and our diversity as a nation. This past summer I wrote my first two parts of his series:

• “Black Lives Matter and the $20 Bill – an Awful American Travesty,” (do use the link and read it), I recounted the very sad story of how the approved plans to place African-American abolitionist Harriet Tubman on our $20 bill got derailed.

• In “A Black Lives Matter and an American Coinage Travesty – blog 2,” I recount the sad story of a Ku Klux Klan-inspired coin.

In this blog, I am going to share an interesting sub-plot that was shared in the Numismatist Magazine story “Collecting Great Depression Coinage.” Our American coinage during the late 1920s and early 1930s included some beautiful and historic specimens such as the Buffalo Nickel, Mercury Dime and the Standing Liberty Quarter. 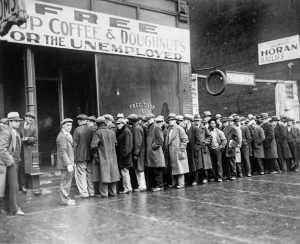 In 1930, the song “Brother, Can You Spare a Dime” was written by lyricist Edgar Yipsel Harburg and composer Jay Gorney. Shockingly, its release and exposure on the radio was limited due to the censorship of the Republican Party who considered the song to be the project of “anti-capitalist propaganda.” Clearly, they wanted to deny the existence of the millions of hard-working loyal Americans hurting, homeless and hungry from the Great Depression, just like the Republican Party of today is trying to deny that COVID-19 is ravaging our nation, that systemic racism exists and that Joe Biden actually won the 2020 presidential election!

Great economic disparity continues to be a major issue in our country that still needs to be addressed. (See my 2014 blog “The Growing Culture of Poverty in the USA.”) And now we are seeing the highest rate of unemployment in our country since the Great Depression, and it is disproportionately impacting those on the lower ends of the economic scale.

Ultimately, the song “Brother, Can You Spare A Dime?” could not be repressed indefinitely due to recordings by well-known popular artists such as Bing Crosby (watch and listen here to Bing’s recording with a poignant photo essay), Lennie Hayton, Al Jolson and Rudy Vallee. The general public needed to become aware of the sad plight of their fellow Americans through this song.

Now, current day Americans should accept the reality that we are again in horrific times, and the truth should not and cannot be repressed. Hopefully we can rise up as a nation, face the truth, do the right thing, and give our brothers and sisters who need assistance several thousand dimes.