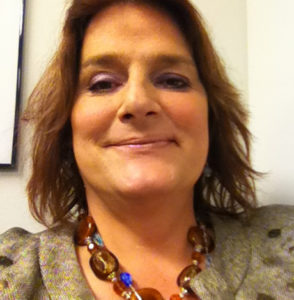 EEOC Commissioner Burrows discussed the successful case of transgender woman Tamara Lusardi vs the US Army (photo from www.washingtonblade.com)

NOTE: See link to an important LGBT resource in the last paragraph!

Last week I was invited to attend a “Meet and Greet” with one of the USA’s five EEOC (Employment Equal Opportunity Commission) Commissioners, Charlotte A. Burrows, in the EEOC’s downtown Raleigh office. I received the invite since I am an officer of the Raleigh Business and Professional Network, Raleigh’s National Gay & Lesbian Chamber of Commerce’s affiliate chapter.

In Part 1 published earlier this week (link), I summarized how the meeting was structured and six high priority areas that the EEOC was working on shared by Ms. Burrows. Since I am a diversity consultant capable of handling all areas of diversity but with a deep expertise in the LGBT (Lesbian, Gay, Bisexual, Transgender) workplace and marketplace, I will expand on that subject in this “part 2.”

The most important basic point raised by Ms. Burrows is that even though sexual orientation and gender identity are not explicitly delineated as a “protected classes” in Title VII (The Civil Rights Act of 1964), the EEOC is very open to pursuing complaints in these areas. At the Federal Level, there have been an increasing number of court cases where the ruling is that employment discrimination based on sexual orientation and gender identity is assumed within the “sex” area of Title VII.

1) In the 7th District Court Case Warnether A. Muhammad vs. Caterpillar Inc., the court initially took the position that discrimination based on sexual orientation could not be used by the plaintiff suing using Title VII. But on appeal from the EEOC, though Muhammed lost his case on other grouds, the panel did reverse its position about the invalidity of using sexual orientation discrimination in cases like these.

2) In the case of Tamara Lusardi (a transgender woman) vs. the US Army, (link to Washington Blade article) the EEOC ruled that prohibiting Tamara from using the restroom identified with her gender constituted gender discrimination under the law.

Ms. Burrows strongly made the point that the EEOC is truly “open for business” to pursue discrimination complaints based on sexual orientation and gender identity, and that over the past few years, over $3M in fines and settlements in these areas have been recorded. She further shared the statistic that in the LGBT area, about 80% of the cases coming to them are around sexual orientation and about 20% around gender identity.

During Q and A when I inquired about the dichotomy between the EEOC pursuing these cases in the light of no national ENDA (Employment Non-Discrimination Act) that includes protections based on sexual orientation or gender identity, she replied that a congressional passed ENDA law would certainly make this discussion much more “cut and dry” and send a very strong national message. However, even with the current absence of an EDNA, the EEOC will certainly still pursue LGBT discrimination cases.

As stated in part 1 of this blog, I am very grateful for the EEOC in fighting employment discrimination for ALL PEOPLE. And even in my own research I later found this very useful resource from the Chamber of Commerce to assist people in addressing discrimination based on sexual orientation or gender identity.