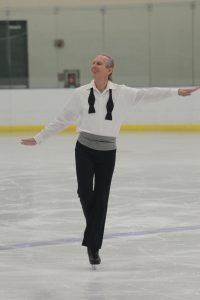 NOTE: This blog has over a dozen links – please do explore them.

After retiring from IBM 11 years ago, I started my own diversity and career development consultancy. Naturally, I now look at everything I am involved in through a diversity lens. What I have been increasingly seeing is a tremendous focus on diversity and inclusion across the many hobbies and groups I am involved with. Here are five extremely varied examples:

1 – Figure Skating. At the age of 59, I decided to pursue my dream of becoming a competitive adult figure skater with no prior experience. (Link to one story.) And for a long time I have been an avid figure skating fan, attending US Nationals year after year, and a financial supporter through Friends of Figure Skating. Historically, there have been very few African Americans and Hispanics enjoying this sport.

But US Figure Skating has started ramping up its efforts to make the sport more inclusive and welcoming to all people, including forming a diversity task force. In the past, I have written about out gay figure skaters throughout the years, and you can read about 14 fabulous men and 1 woman in these blogs written in 2016 and the follow on in 2018. 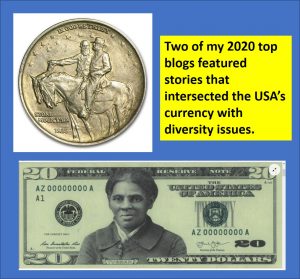 2 – Numismatics. For those of you who do not know, numismatics is the collecting of currency – coins and paper money. I have been a coin collector since elementary school days, using my allowance and birthday money to buy rare coins. The American Numismatic Association (ANA) magazine has often featured interesting stories about our money that connects with diversity.  Two such stories inspired my blog about the derailed plans to place Harriet Tubman on the $20 bill, and a second about an American coin inspired by the Ku Klux Klan.  And throughout 2020, the editor included a special feature about outstanding women in history (for example the November issues introduced me to educator, historian and political activist Dr. Pilar  Barbosa de Rosario), since women are sorely under-represented on American money. 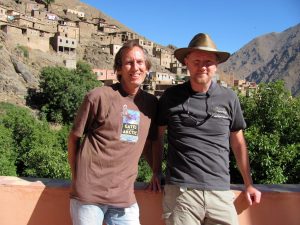 3 – Nature and Conservation. I love long hikes and nature travel, and support several conservation organizations including the Sierra Club, Nature Conservancy, the World Wildlife Foundation and the National Wildlife Foundation. Their magazines now often include stories about the need to increase diversity within the conservation and natural resources professions, as well as the historic negative impact that conservation work has had on under-represented and economically disadvantaged communities. Examples: The NWF’s stated commitment to equity in their work and a focus on women in conservation leadership.

And they also are featuring the diversity of their employees and stakeholders. I recently spoke to Mark Steudel, a Loyal Donor Officer with the Nature Conservancy, and he shared about their focus on inclusive recruiting and reminded me of a story featured in a past issue of their magazine about the leader of the LGBTQ Pride Employee Network.

4 – Georgia Tech and the University of Chicago. As an active and involved alumnus, I always read the alumni magazines from my two alma maters, and almost always there are one or two  articles with a very strong diversity and inclusion connection.  Examples:
• The Scheller Business School at Georgia Tech where I received my Bachelors, prominently features its commitment to diversity, inclusion and equity as a key strategic initiative imperative.
• The University of Chicago’s recent alumni magazine had an excellent multidisciplinary in depth analysis of racism, policing and protest by 5 faculty members.
• The U of Chicago Booth School of Business where I got my MBA is offering a free series on unconscious bias for students, alumni and staff, a gift from the MBA class of 2020. 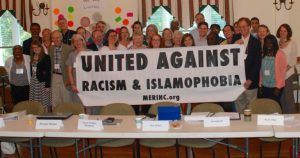 5 – The North Carolina Council of Churches. I am a past president and current board member of the North Carolina Council of Churches, founded in 1935 by black and white clergy people wanted to address racial injustice within the church and society. Over the years the organization has grown and now works on how faith relates to poverty, health, conservation and more. But now, given the recent focus again in our nation on racial disparities and systemic racism, the council has reconstituted a Racial Equity and Peace Committee which is starting deep work to address racial disparity across all aspects of our organization’s structure and work. Racial equity is now listed at the top of the priorities list on the Council website.

In addition, the North Carolina Council of Churches is now connecting their work on climate change with environmental justice, recognizing the intersection of diversity, racial justice, economic justice, faith and environmental advocacy.

I encourage you to look at all the various activities you are involved in and notice the increase focus on diversity, equity and inclusion.