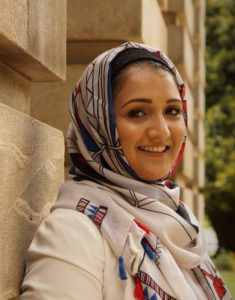 I thank Zainab Baloch for her excellent assistance with this blog (see short bio at the end of the post.)

Now it is time to write this same series about a truly misunderstood and often demonized group in the USA – Muslims. So, for these next two blogs I have collaborated with Zainab Baloch, a young local Muslim woman here in Raleigh, NC who ran for Raleigh City Council and got close to winning, and one of her friends who I recently met, Desire Clemons. I thank both of them, and additional information about Zainab is at the end of this blog.

So, 5 Things to Never Say to a Muslim:

1) “Did you know Osama Bin Ladin?” With 2 billion Muslims in the world, there is little chance the Muslim you meet ever met Osama Bin Ladin or knows anyone near him. It would be like asking a Catholic if they personally know the Pope.

2) “Don’t you feel responsible for 9-11?” “Why can’t you stop them?” It is unfair to ask anyone in a group to take responsibility for and to stop the horrid behavior of an extremely small minority. It’s not like the 2 billion Muslims in the world have a “Whatsapp Group.” Can you make a group chat that big? 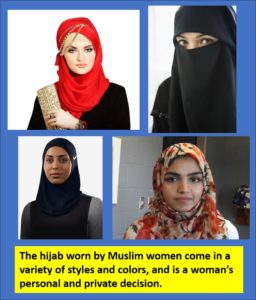 3) To a woman wearing a hijab or scarf: “Don’t you feel hot under that thing?” “Do you wear it in the shower?” “You would look so much prettier without that thing.” And the worst thing yet to say, “Could you take that off, I’d like to see what you look like without it.” The wearing of a scarf or hijab is a very personal and private decision made by a Muslim woman and should be treated with reverence and respect.

4) “Aren’t you hungry during Ramadan? OMG – you don’t eat for an entire month?” Actually, practicing Muslims only fast between sun-up and sun-down and can eat after dark. Plus, there are exemptions, i.e. pregnant women, those with medical conditions, etc. Like point 3 above, the decision of fasting during Ramadan is a personal and private decision, and you may just want to be aware if a Muslim friend or co-worker is fasting so you don’t try to frequently offer them food. Plus, they may be slightly irritable or sluggish toward the end of the day. (Link to info about Ramadan)

5) “Why don’t you believe in God? You need to find Jesus – come to church with me!” Actually, Muslims do believe in God and call Him “Allah.” Plus, Jesus is a beloved Prophet within Islamic history and many of the tenants of Islam are very similar to those of Judaism and Christianity.

I would encourage all readers of this blog to familiarize themselves with Islam, make some friends with Muslim people and perhaps attend a community or educational event held by your local mosque.

And now here is part 2 – “Five Misconceptions of American Muslims”

A little about Zainab Baloch

Zainab is a Raleigh native, first generation American, and ran for Raleigh City Council in 2017. She is an advocate for issues facing our city and has a long-standing foundation of community service in various leadership positions. She is the third vice chair of the Wake County Democrat Party, and serves on various boards including WakeUP Wake County, The Islamic Association of Raleigh (link) Board, etc. She works in quality management for the Divison of Mental Health and is almost done with her Masters in Public Administration from UNC-CH (she’s a die hard wolfpack fan though).

Three earlier blogs I have written about Islam and Muslims:

Islamaphobia – a Growing US Diversity Issue

The Intersection of Islam and LGBT